Michael Angelakis is the Chairman and Chief Executive Officer of Atairos. He also serves as a Senior Advisor to the Executive Management Committee of Comcast Corporation. Prior to founding Atairos, he served as Comcast’s Vice Chairman and Chief Financial Officer. In those roles, Michael was responsible for many strategic, financial, administrative and other areas within the Corporation. During his tenure at Comcast, Michael was recognized by Institutional Investor magazine as one of “America’s Best Chief Financial Officers” six out of eight years.

Prior to joining Comcast, Michael served as a Managing Director and a member of the Management and Investment Committees of Providence Equity Partners, one of the leading private equity firms investing in technology, media and communications companies around the world. Before joining Providence, Michael was Chief Executive Officer of State Cable TV Corporation and Aurora Telecommunications. He also served as Vice President at Manufacturers Hanover Trust Company in New York, where he oversaw one of the bank’s media and communications portfolios. Additionally, Michael spent several years in London developing Manufacturers Hanover’s acquisition finance and merchant banking activities throughout Western Europe.

Michael is a graduate of Babson College and the Owner/President Management Program at the Harvard Business School. 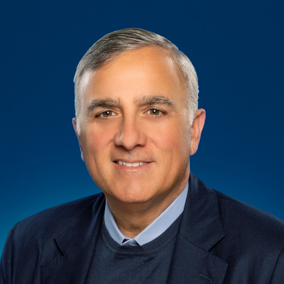